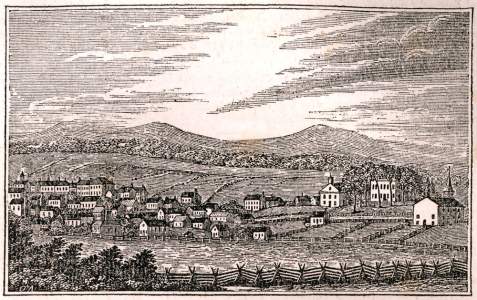 Abingdon, the county-seat, is 304 miles SW. of Richmond... The town stands on an elevation; it is substantially built, with many brick buildings; the principle street is macadamized, and the town is surrounded by a fertile, flourishing, and thickly-settled agricultural country. It contains several large mercantile stores, 2 newspaper printing offices, 1 Presbyterian, 2 Methodist, and 1 Swedenborgian church, a variety of mechanical and manufacturing establishments, and a population of over 1000. (Historical Collections, 1852)
How to Cite This Page: "Abingdon, VA," House Divided: The Civil War Research Engine at Dickinson College, https://hd.housedivided.dickinson.edu/index.php/node/17057.