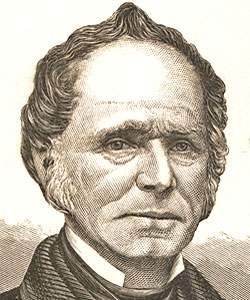 David Sterrett Gittings was a slave owner and an early graduate of Dickinson College who became one of the most accomplished physicians in Baltimore County, Maryland. He was born in Baltimore in 1797, the son of a long-established and wealthy Maryland slave-holding family. His father was Richard Gittings and his mother Polly Sterrett Giddings. David Gittings entered the class of 1816 at Dickinson College in Carlisle, Pennsylvania but left to study medicine at the University of Maryland where he was awarded the M.D. in April 1818. He then travelled to the United Kingdom, where he attended classes and interned at Edinburgh and London. At first, his course of study was apparently quite difficult for the young Marylander who soon wrote to his father that he felt woefully under-qualified as a doctor alongside his fellow interns at the famous Edinburgh University medical School. But he prevailed and returned to Maryland to become one of the leading medical men in Baltimore County. He practiced there till his death and also continued to manage his large family landholdings. Gittings was widowed twice, married three times, and had nine children. He died in 1887 and was buried alongside his first wife in the St. John's Episcopal Churchyard near his home in Kingsville, Maryland, about fifteen miles outside Baltimore. His papers, along with those of his father, are held at the Maryland Historical Society and they feature an important record of the births and deaths of the family's slaves between 1817 and 1859. (By John Osborne)
Life Span
08/17/1797 to 03/12/1887
Dickinson Connection
Class of 1816
How to Cite This Page: "Gittings, David Sterrett," House Divided: The Civil War Research Engine at Dickinson College, https://hd.housedivided.dickinson.edu/index.php/node/27082.