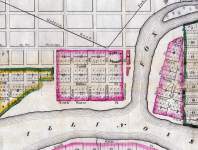 01/04/1860
Abolitionist John Hossack and  seven other residents of Ottawa, Illinois were indicted under the Fugitive Slave Law for earlier assisting the escape of Missouri fugitive Jim Gray  on October 29, 1859.  They were remanded District Court in Chicago and in a five-day trial that began on February 29, 1860, three of the defendants were convicted.  Hossack received 10 days and a $100 fine, plus court costs and the others received similar sentences.  (By John Osborne)
Source Citation
Samuel May, The Fugitive Slave Law and Its Victims (New York: American Anti-Slavery Society, 1861), n130-n131.
How to Cite This Page: "Eight Ottawa, Illinois residents indicted under the Fugitive Slave Law for assisting a slave escape," House Divided: The Civil War Research Engine at Dickinson College, https://hd.housedivided.dickinson.edu/index.php/node/30940.