At Vera Cruz, British and Spanish troops begin to withdraw from the Allied intervention into Mexico 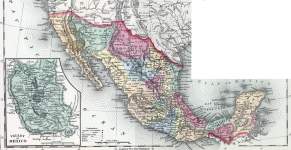 04/11/1862
In January 1862, Britain, France, and Spain began an occupation of Mexican customs houses, beginning with Vera Cruz, to force continued payments on Mexico's foreign debt. After several months of occupation afflicted by fever, efforts to move inland revealed the full French intentions to overthrow the current Mexican government and the Spanish and British commissioners immediately began to withdraw their forces from the enterprise. (By John Osborne)
Source Citation
The Annual Register or a View of the History and Politics of the Year 1862 (London: F. & J. Rivington, 1863), 215.
How to Cite This Page: "At Vera Cruz, British and Spanish troops begin to withdraw from the Allied intervention into Mexico," House Divided: The Civil War Research Engine at Dickinson College, https://hd.housedivided.dickinson.edu/index.php/node/38608.