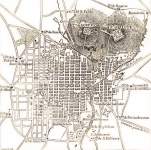 05/17/1863
After more than two months of siege the Mexican city of Puebla surrendered to the French forces under General Elie Frédéric Forey.  More than 12,000 Juaristas were captured along with twenty-five Mexican generals.  Many officers were able to slip away in the confusion, including the garrison commander, Jésus Ortega, and future Mexican president Porfirio Diaz. The path to Mexico City was open for the French and two weeks later President Juarez abandoned the capital.  (By John Osborne)
Source Citation
David R. Stevens (ed.), Sin Perdn: Acquiescence with Murder (Bloomington, IN: AuthorHouse, 2008), I:164-165.
How to Cite This Page: "The Mexican city of Puebla surrenders to the French after a sixty-two day siege," House Divided: The Civil War Research Engine at Dickinson College, https://hd.housedivided.dickinson.edu/index.php/node/39743.