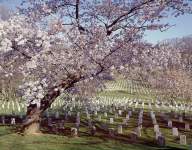 The U.S. Commissioner of Pensions released figures stating that as of this date 126,722 pensioners were on his rolls, mostly widows or disabled soldiers.  Nine in ten of these were Civil War related, with a much smaller number of War of 1812, Mexican, and Indian War veterans collecting money.  Only one Revolutionary War veteran remained, Samuel Dowling of  Saratoga County, New York. Pensions disbursed in the fiscal year 1865-1866 totalled $11,674,474.13.  (By John Osborne)

"Army of the United States," The American Cyclopedia and Register of Important Events of the Year 1866 (New York: D. Appleton and Company, 1873), 35.

How to Cite This Page: "Released figures indicate that almost 127,000 people are collecting military pensions in the United States.," House Divided: The Civil War Research Engine at Dickinson College, https://hd.housedivided.dickinson.edu/index.php/node/45683.