Former Maryland congressman Henry May, imprisoned at the start of the Civil War, dies in Baltimore. 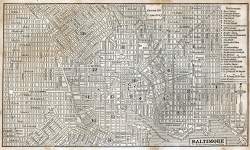 Former U.S. Congressman Henry May had been a sitting member of the 37th Congress representing Maryland when he was arrested and imprisoned without trial for several months in late 1861, suspected of disloyalty to the Union.  He resumed his seat and agitated for a bill which would require the federal government to either indict or release accused traitors and other political prisoners.  This feature, in fact, was included in the later 1863 Habeas Corpus Act.  May was not elected to the 38th Congress. He died at his home in Baltimore, aged fifty-five years.  (By John Osborne)

How to Cite This Page: "Former Maryland congressman Henry May, imprisoned at the start of the Civil War, dies in Baltimore.," House Divided: The Civil War Research Engine at Dickinson College, https://hd.housedivided.dickinson.edu/index.php/node/46054.