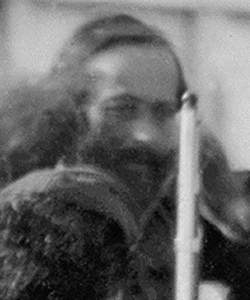 Henry Wirz was the only man executed for Civil War war crimes and has been characterized ever since as either monster or martyr. He was born Heinrich Hartmann Wirz on November 25, 1823 in Zurich, Switzerland and attended university there. He married in 1845 and had two children. In spring 1849, he sailed from Le Havre in France for the United States. He apprenticed in a doctor’s office in Kentucky and later practiced as a homeopathic physician, treating mostly plantation slaves in Madison Parish, Louisiana. By this time his Swiss wife had divorced him and he had married a Kentucky widow with two children. They had a daughter together, born in 1855 and named Cora. When the war broke out, he volunteered as a private with the 4th Louisiana Infantry. He was promoted to sergeant and became an assistant to General John L. Winder who took charge of all Union prisoners in the hands of the Confederacy. By June 1862, Wirz was a captain on Winder’s staff. In early 1864 he was assigned to command a massive new prisoner of war camp near the small village of Andersonville, Georgia. During his thirteen months in charge, thousands of Union prisoners died of disease and malnutrition and immediately after the surrender, Wirz was arrested and charged with murder and conspiracy. Public opinion was such that only one verdict was possible in the sixty-three day trial that followed before a hand-picked military tribunal. Henry Wirz was executed at the Capitol Prison in Washington on November 12, 1865. (By John Osborne)
Life Span
11/25/1823 to 11/10/1865
How to Cite This Page: "Wirz, Henry," House Divided: The Civil War Research Engine at Dickinson College, https://hd.housedivided.dickinson.edu/index.php/node/6898.