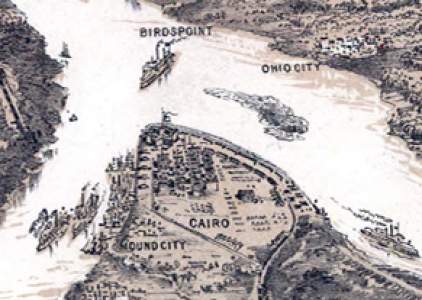 Cairo, Is.,Alexander co. Situated at the junction of the Mississippi and Ohio Rivers... From a survey of the great physical features of the western country, in connection with a prospective estimate of the immense resources of wealth which are to be rapidly developed there, the locality of this place appears to possess the most remarkable advantages for becoming, at some future period, the seat of one of the largest and most important cities in North America. (Gazetteer of the United States of America, 1854)