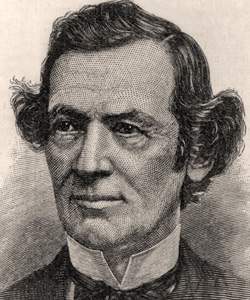 This West Point graduate and Democratic loyalist served three presidents as a diplomat, holding posts at difficult times in China under Pierce and in Mexico under Buchanan. He was part of Maryland's delegation to Abraham Lincoln during that state's first troubled months of the Civil War and later served as Governor.
Life Span
06/23/1815 to 04/16/1898
How to Cite This Page: "McLane, Robert Milligan," House Divided: The Civil War Research Engine at Dickinson College, https://hd.housedivided.dickinson.edu/index.php/node/23086.