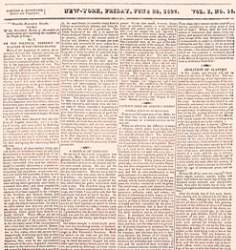 How to Cite This Page: "Washington (DC) National Era, “Kansas Given Over By The South,” May 14, 1857," House Divided: The Civil War Research Engine at Dickinson College, https://hd.housedivided.dickinson.edu/index.php/node/315.