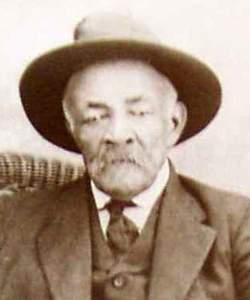 Samuel A. Wright, a laborer, grew up in Shippensburg, Pennsylvania and worked several decades at the local C. V. Hose Company. He attended the Richard Baker A.M.E. Church and was among the first African Americans to join the Masonic Lodge. In August 1864, Wright went to Carlisle, Pennsylvania and enlisted in Company E of the 127th United States Colored Troops Regiment. He served until his regiment was mustered out on August 29, 1865. His wife, Lucy, died on November 18, 1915. (By Don Sailer)
Life Span
10/05/1836 to 11/03/1920
How to Cite This Page: "Wright, Samuel A.," House Divided: The Civil War Research Engine at Dickinson College, https://hd.housedivided.dickinson.edu/index.php/node/32495.