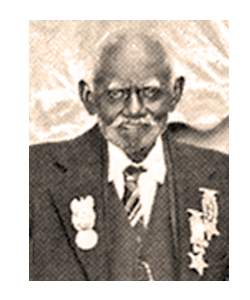 John Aquilla Wilson was born in York, Pennsylvania around 1849. On February 8, 1864, at fifteen years old, he enlisted for a three year term in Lancaster, Pennsylvania as a member in Company B of the 32nd United States Colored Troops Regiment. Earlier, he had served in the hastily recruited militia organized to prevent the 1863 Confederate attempt to cross the Susquehanna over the Wrightsville Bridge in central Pennsylvania. Wilson was five feet and four inches tall with black hair, eyes, and complexion. The 32nd trained at Camp William Penn in Philadelphia, Pennsylvania during the winter of 1864 until being ordered to Hilton Head, South Carolina in April. Wilson’s regiment remained in South Carolina for the duration of their service. The 32nd fought in the battle of Honey Hill on November 1864 and also participated in the occupations of Charleston and Camden in 1865. By the time of muster out on August 22, 1865, the regiment had lost 150 men, 113 to disease. Wilson was buried in Fawn AME Cemetery in Pennsylvania. (By Brenna McKelvey)
How to Cite This Page: "Wilson, John Aquilla," House Divided: The Civil War Research Engine at Dickinson College, https://hd.housedivided.dickinson.edu/index.php/node/33506.