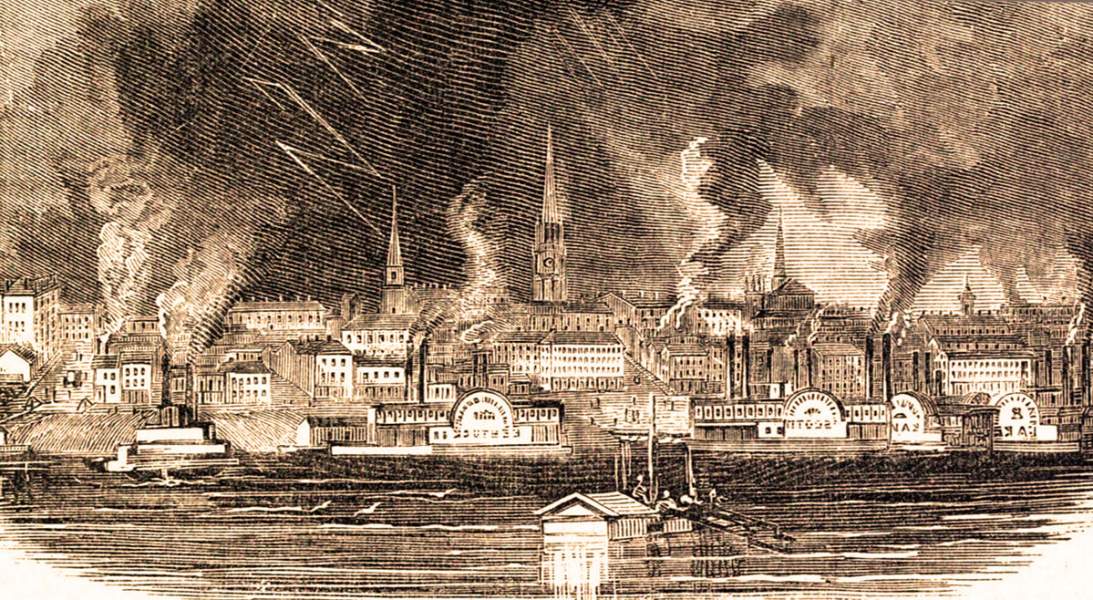 Scanned by
Internet Archive
Notes
Cropped, sized, and prepared for use here by John Osborne, Dickinson College, October 4, 2011.
Depicted ContentLouisville, KY
Image type
engraving
Original caption
View of the Central part of Louisville - The view shows the appearance of the central part of Louisville, from the Indiana side of the Ohio. The Jefferson City Ferry Landing, and the Galt House appear on the left, the Louisville Hotel in the distance on the the right, the Court House and City Hall, the Catholic and other Churches in the central part.
Source citation
John Warner Barber & Henry Howe,Our Whole Country or the Past and Present of the United States....Volume II (New York: Tuttle & McCauley, 1861), 911.
How to Cite This Page: "Louisville, Kentucky, 1861, artist's impression," House Divided: The Civil War Research Engine at Dickinson College, https://hd.housedivided.dickinson.edu/index.php/node/38026.