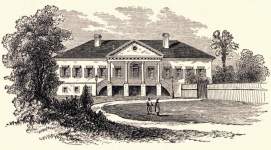 In a message to the South Carolina legislature, Governor James Orr had called for the rejection of the Fourteenth Amendment to the U.S. Constitution, saying that it spelled the end of the constraint guaranteed in the "limited powers" of the federal government.  The legislature agreed and on this day rejected ratification of the amendment in an almost unanimous negative vote.  South Carolina eventually did ratify the change in July 1868, three weeks before it became an official part of the Constitution, but then under very different political circumstances. (By John Osborne)