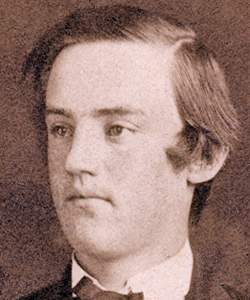 Philip A. H. Brown was born on January 3, 1842 in Baltimore, Maryland. Brown was a sergeant in the Fourth Battery, Maryland Artillery, known also as "the Chesapeake Battery," in the Army of Northern Virginia. After serving the Confederacy in the war, he was ordained as a minister in the Episcopal Church. Brown married Jane Russell Averell Carter in 1879 and died on September 15, 1909. (By John Osborne and Leigh Oczkowski)
Life Span
01/03/1842 to 09/15/1909
Dickinson Connection
Class of 1860
How to Cite This Page: "Brown, Philip Auld Harrison," House Divided: The Civil War Research Engine at Dickinson College, https://hd.housedivided.dickinson.edu/index.php/node/5223.