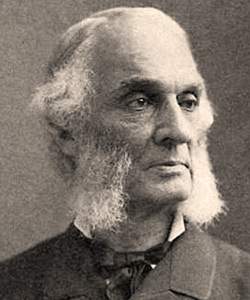 Robert Purvis was one of the more important civil rights leaders of the nineteenth-century. Born in Charleston, South Carolina, the son of a British merchant and a freed, mixed race woman, Purvis often passed as white but he identified himself as black. Educated at Amherst College, Purvis quickly established himself in Philadelphia as a leader of the African-American community. He married Harriet Forten, the daughter of noted black community leader James Forten, and the Purvis-Forten family proved to be a formidable alliance in antebellum Philadelphia. Purvis helped establish both the American Anti-Slavery Society and the Vigilance Committee in Philadelphia during the 1830s. The former represented the peaceful Garrisonian movement to promote the abolition of slavery. The latter organization represented a more militant effort to help free runaway slaves --by any means necessary. Purvis proved to be an especially effective spokesman for black civil rights. He made a national name for himself arguing against colonization and in prodding the Lincoln Administration to take more aggressive steps to free slaves and employ blacks in the Union army. He became even more prominent after the Civil War as an advocate for equal rights during the era of Reconstruction. (By Matthew Pinsker)
Life Span
08/04/1810 to 04/15/1898
Dickinson Connection
Purvis worked closely with James Miller McKim (Class of 1828) in the Pennsylvania Anti-Slavery Society
How to Cite This Page: "Purvis, Robert," House Divided: The Civil War Research Engine at Dickinson College, https://hd.housedivided.dickinson.edu/index.php/node/6442.