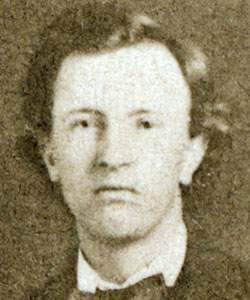 Seth H. Yocum was born in Catawissa, Columbia County, Pennsylvania on August 2, 1834. In July 1861, Yocum enlisted in Company C, Fifth Pennsylvania Cavalry as a sergeant then transferred to Company A and Company G. He served as the district attorney of Centre County and won election as a member of the Forty-sixth Congress for the Twentieth District. He was a member of the Greenback-Labor Party and defeated fellow Dickinsonian Andrew Gregg Curtin. Yocum married Lucinda Horton and died at his home on April 19, 1895. (By John Osborne and Leigh Oczkowski)
Life Span
08/02/1834 to 04/19/1895
Dickinson Connection
Class of 1860
How to Cite This Page: "Yocum, Seth Hartman," House Divided: The Civil War Research Engine at Dickinson College, https://hd.housedivided.dickinson.edu/index.php/node/6930.