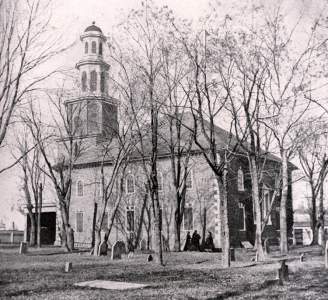 This city was included in that part of the District of Columbia ceded to the United States by Virginia, as a location for the seat of government. But recently it has been ceded back again, with all that portion of the territory lying on the west side of the Potomac, and now belongs, as at first, to the jurisdiction of Virginia. The river, opposite the city, has a sufficient depth to admit vessels of the largest class to come to its wharves.  The place is pleasantly situated on ground gradually rising from the river, and is laid out with much regularity.... Population in 1850, 8,795. (Gazetteer of the United States of America, 1854)
How to Cite This Page: "Alexandria, VA," House Divided: The Civil War Research Engine at Dickinson College, https://hd.housedivided.dickinson.edu/index.php/node/9120.