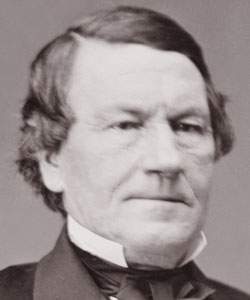 Covode was a Republican congressman from Pennsylvania whose investigating committee in 1860 reported on widespread corruption within the Buchanan Administration. James Buchanan (Dickinson Class of 1809) denounced the Covode Report as partisan, but most historians accept many of its judgments as accurate.