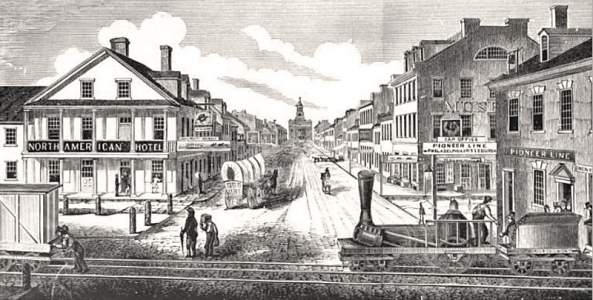 LANCASTER, city, seat of justice of Lancaster co., Pa., is situated 36 miles southeast of Harrisburgh, and 62 miles west of Philadelphia. In 1812, the state government was transferred from this place to Harrisburgh. In the midst of the beautiful and fertile valley of Conestoga creek, it constitutes the centre of an extensive trade with the surrounding region, and a thoroughfare between Philadelphia and the west. This is one of those towns which are interesting for both age and prosperity. (Fanning's, 1853)
How to Cite This Page: "Lancaster, PA," House Divided: The Civil War Research Engine at Dickinson College, https://hd.housedivided.dickinson.edu/index.php/node/12312.