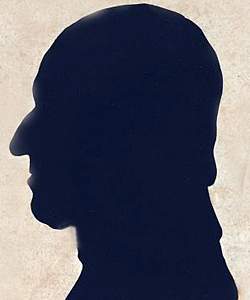 John Merryman was the Maryland secessionist whose arrest in May 1861 set off what may have been the worst constitutional crisis in American history. Born in Baltimore County in 1824, Merryman was a farmer and businessman who came from one of the state's prominent families. He was head of the state's agricultural society during the years before the Civil War. Yet in 1861 Merryman served as an officer in a pro-southern local militia unit which made him a target for federal authorities. At the outset of the Civil War, Union soldiers detained Merryman at Fort McHenry in Baltimore following a riot in the city and President Lincoln's initial orders to suspend habeas corpus along rail lines into Washington. Writing from his chambers on the circuit court, Chief Justice (and Maryland native) Roger B. Taney denounced the president and denied Lincoln the authority to suspend civil liberties on his own, demanding Merryman's immediate release from custody. Union officers refused to comply with this judicial order and Lincoln took the argument to the Congress in a special session that began on July 4, 1861. The Congress, however, declined to intervene but Merryman was released anyway by the middle of the month. Following the Civil War, he became state treasurer of Maryland (1870-72) and also served in the state's House of Delegates. He and his wife Ann Louisa had eleven children and their Baltimore County farm, "Hayfields," became one of the region's more notable landmarks and social centers. (By Matthew Pinsker)
Life Span
08/09/1824 to 08/09/1881
How to Cite This Page: "Merryman, John," House Divided: The Civil War Research Engine at Dickinson College, https://hd.housedivided.dickinson.edu/index.php/node/26809.