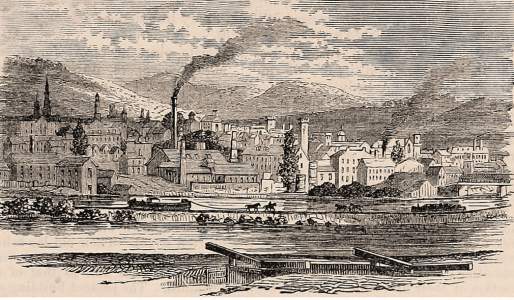 READING, c. h., p. b., seat of justice of Berks co., Pa., 53 ms. E. of Harrisburgh; from W., 145 ms., situated on the east side of Schuylkill river, 57 miles northwest of Philadelphia and 52 miles cast of Harrisburgh, and has a delightful situation amid picturesque vales, hills, and streams. In the regularity of its streets, the neatness of its houses, and the industry and good order of its inhabitants, it still retains the character stamped upon it by its founders... (Fanning's, 1853)
How to Cite This Page: "Reading, PA," House Divided: The Civil War Research Engine at Dickinson College, https://hd.housedivided.dickinson.edu/index.php/node/9279.