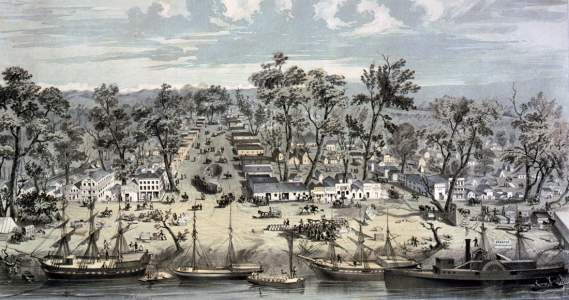 Sacramento City, Ca., c. h. Sacramento co. This town, the second in California, is situated on the E. bank of the Sacramento River, at the junction of the American Fork, on the S. bank of that stream. The Sacramento, which is a fine river, varying from 200 to 300 yards in breadth, its banks fringed with trees, is navigable to this point at all seasons. The distance from San Francisco is about 120 miles. (Gazetteer of the United States of America, 1854)
How to Cite This Page: "Sacramento, CA," House Divided: The Civil War Research Engine at Dickinson College, https://hd.housedivided.dickinson.edu/index.php/node/18295.