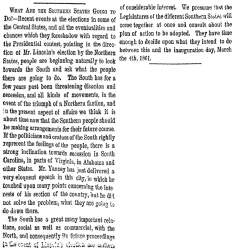 How to Cite This Page: "New York Herald, “What are the Southern States Going to Do?,” October 12, 1860," House Divided: The Civil War Research Engine at Dickinson College, https://hd.housedivided.dickinson.edu/index.php/node/34296.