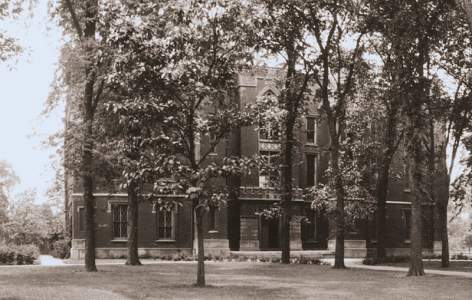 KNOX COLLEGE, IS. This college is located at Galesburg, about 50 miles west of Peoria. The township was originally purchased with a view to the establishment and endowment of the college. The college was opened in 1837. In 1850 it had 5 instructors and 58 students. It has an academy, or preparatory department, with a considerable number of students. It has about 3000 volumes in its libraries. Commencement is on the fourth Wednesday in June. Rev. Jonathan Blanchard is president. (Gazetteer of the United States of America, 1854)
How to Cite This Page: "Knox College, Galesburg, IL," House Divided: The Civil War Research Engine at Dickinson College, https://hd.housedivided.dickinson.edu/node/14977.