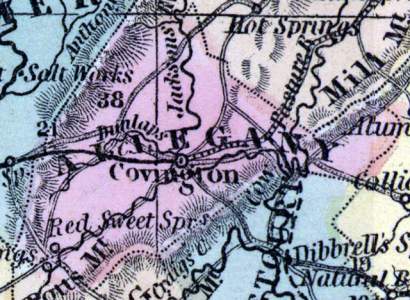 Covington, the county-seat, lies one hundred and ninety-six miles west of Richmond, at the head of the James River navigation... it is contemplated that the James River Canal will be continued to here; in which case, it will be the depot between the land and water communication in the chain of the James River and Kanawha improvements, and will then command the trade of a large and fertile region of country. (Historical Collections, 1852)