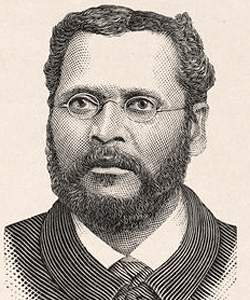 Newton was born in North Carolina, the son of free black woman and an enslaved father. As a child, he worked as a servant in North Carolina, until he relocated with his parents to New York in the 1850s. There he became educated and got married, before eventually enlisting in the Union army in 1863 as part of the 29th Connecticut, a regiment in the US Colored Troops. Newton was injured during the Battle of the Crater in July 1864, outside of Petersburg. After the Civil War, Newton became a minister in the AME church and wrote a memoir of his wartime experience, called "Out of the Briars." (By Matthew Pinsker)
Life Span
11/05/1837 to 01/01/1912
How to Cite This Page: "Newton, Alexander Herritage," House Divided: The Civil War Research Engine at Dickinson College, https://hd.housedivided.dickinson.edu/node/32652.