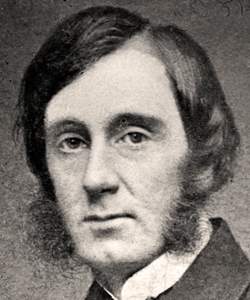 George William Curtis was a leading author and journalist who edited the influential magazine Harper's Weekly for a number of years beginning during the Civil War. Born into a wealthy New England family, Curtis traveled widely as a youth and enjoyed unique experiences in nineteenth-century communes and with leading Transcendentalists such as Ralph Waldo Emerson or Henry David Thoreau. Before the war, he also wrote extensively for the popular New York Tribune. He later became a columnist for several magazines, eventually settling into a leading position at Harper's. Curtis was generally a loyal Republican until his disgust over the corruption of the Reconstruction era drove him into a more independent position. He died in 1892. (By Matthew Pinsker)
Life Span
02/24/1824 to 08/31/1892
How to Cite This Page: "Curtis, George William," House Divided: The Civil War Research Engine at Dickinson College, https://hd.housedivided.dickinson.edu/node/33827.