Report of Brigadier-General Ellet, commanding the Marine Brigade, on the burning of Austin, Missippippi, May 24, 1863 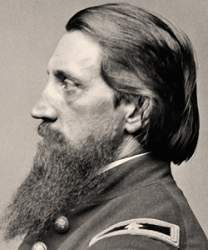 Brigadier-General Alfred W. Ellet had taken command of the Army's amphibious force known as the Marine Brigade after his brother Charles Ellet, Jr. was killed in action in June 1862. Operating along the Mississippi, landing troops where needed, the Marine Brigade harassed Confederate forces up and down the river. His report on his burning of the riverside town of Austin in Tunica County, Mississippi outlines the close and complicated military situation the Union faced with a resistant civilian population along with the draconian measures the Union often took to achieve their mission. (By John Osborne)

How to Cite This Page: "Report of Brigadier-General Ellet, commanding the Marine Brigade, on the burning of Austin, Missippippi, May 24, 1863," House Divided: The Civil War Research Engine at Dickinson College, https://hd.housedivided.dickinson.edu/node/39736.