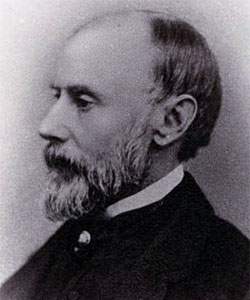 After much self-examination following a failure in business in New Orleans, the young Sydney Howard Gay became one of the most important anti-slavery voices in the United States. A sickly youth forced to leave Harvard for health reasons, he resisted the call of his father to follow him in the legal profession and, after his brief and unsuccessful foray into commerce, took up writing for the local Hingham, Massachusetts newspaper and joined the local anti-slavery society. He progressed swiftly in the movement, travelling with Frederick Douglass on his speaking tours, and in 1843 moved to New York City and took up the editorship of the National Anti-Slavery Standard. Soon after, he married the daughter of one of Philadelphia's leading abolitionists. Together, and with friends, the couple established one of the most important and most trafficked Underground Railroad stations in New York. During 1855 and 1856, he kept a journal or "Record of Fugitives" that provides evidence for today's study of the railroad second only to William Still's Philadelphia journals. Exhausted by his efforts, he left the Standard and after a sabbatical took up during the Civil War years an editorship with Horace Greeley's New York Tribune. For the remainder of his life he edited a succession of newspapers, including the Chicago Tribune, and became a prolific writer of American history. He died from the effects of a fall in 1888 and was buried in his hometown of Hingham. He was seventy-four years old. (By John Osborne)
Life Span
05/22/1814 to 06/25/1888
How to Cite This Page: "Gay, Sydney Howard," House Divided: The Civil War Research Engine at Dickinson College, https://hd.housedivided.dickinson.edu/node/44277.