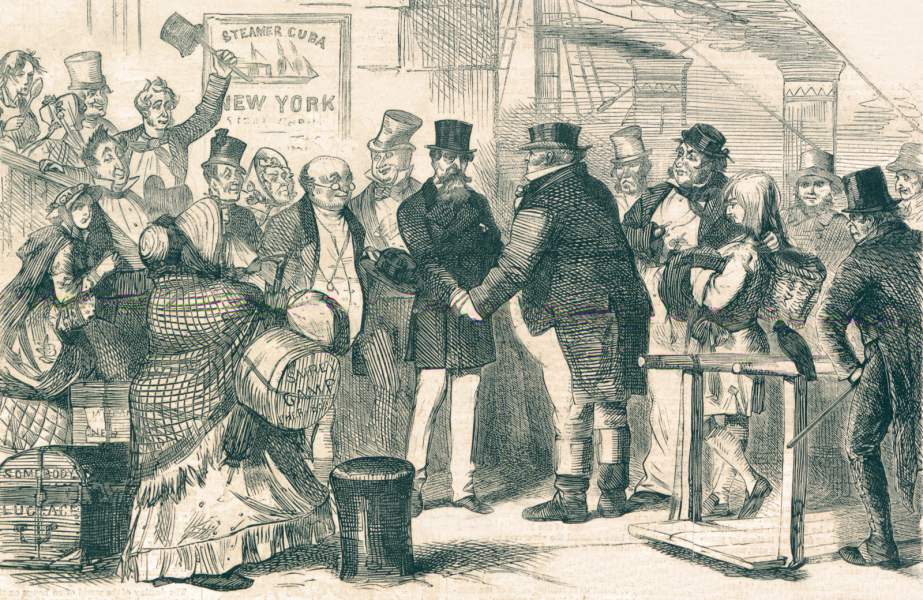 Note: Harper's Weekly acknowledges that this image is a facsimile of the original image published earlier in London, in the Judy magazine. Leaving England for the United States, "Mr. Dickens is represented as about to embark, and the characters which he has created have gathered about him to say farewell."  ("Au Revoir, Charles Dickens," Harper's Weekly, December 14, 1867, p. 796)