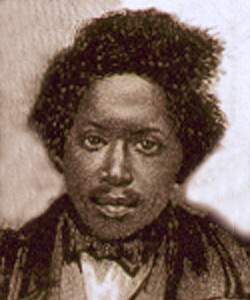 Henry Brown was not born on March 24, but that was the day in 1849 when he was became free. Brown was a slave in Virginia who escaped inside a box shipped from Richmond to Philadelphia, perhaps the most sensational slave escape of the era. Dickinson graduate James Miller McKim helped arrange the escape with other Underground Railroad agents and greeted Brown as he emerged from the box.
Life Span
03/24/1815 to 01/01/1879
How to Cite This Page: "Brown, Henry "Box"," House Divided: The Civil War Research Engine at Dickinson College, https://hd.housedivided.dickinson.edu/node/5212.