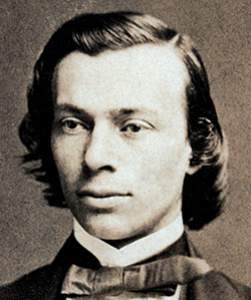 William Laws Cannon was born on April 6, 1839 at Bridgeville, Delaware and graduated from Dickinson College in 1860. He obtained a position at the Census Bureau in Washington, D.C. Cannon became a captain of the 1st Delaware cavalry in the Army of the Potomac and was placed in command of Company B of that unit. While Cannon fought during the occupation of Bel Air, Maryland, he contracted typhoid fever and died on August 18, 1863. (By John Osborne and Leigh Oczkowski)
Life Span
04/06/1839 to 08/18/1863
Dickinson Connection
Class of 1860
How to Cite This Page: "Cannon, William Laws," House Divided: The Civil War Research Engine at Dickinson College, https://hd.housedivided.dickinson.edu/node/5316.