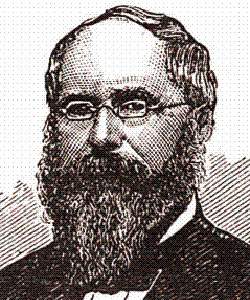 Richard Bennett Carmichael was a northern educated, slave owning Maryland aristocrat with an abiding attachment to the Constitution. He was born to an old Queen Anne County family of wealth and influence; his father had roomed with Roger Brooke Taney when law students together. The young Carmichael entered Dickinson College in Carlisle, Pennsylvania as a member of the class of 1827 but later transferred to Princeton where he graduated in 1828. Just four years later he was elected to Congress as a Jacksonian Democrat, serving one term before returning to his law practice. He was then named as associate justice on the 10th Judicial Circuit that covered the Eastern Shore of Maryland. When the Civil War broke out and Washington asserted its authority in divided Maryland, Carmichael began a concerted judicial campaign in his courts to have grand juries indict federal officials who had made arbitrary arrests without proper authority. The military governor in the area soon lost patience with this activity and ordered Carmichael’s own arbitrary arrest. On a rainy afternoon in May 1862, the diminutive judge was manhandled from his courtroom and delivered to federal prison. He spent six months in prison without trial before being released. He resigned from the bench in 1864 but took up Democratic politics again after the war and was the president of the Maryland constitutional convention of 1867. Carmichael died at his estate on the Wye River in October 1884 and was buried in the family plot there. (By John Osborne)
Life Span
12/25/1807 to 10/21/1884
Dickinson Connection
Class of 1827
How to Cite This Page: "Carmichael, Richard Bennett," House Divided: The Civil War Research Engine at Dickinson College, https://hd.housedivided.dickinson.edu/node/5321.