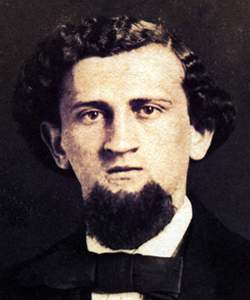 John Wesley Landis was born on September 24, 1837 in Halifax, Pennsylvania. Landis did not enlist in the military after graduation. He was admitted to the bar in Harrisburg, Pennsylvania and practiced as an attorney for a time until becoming the secretary of the Halifax insurance company. He died on March 18, 1879. (By Brandon Rothenberg)
Life Span
09/24/1837 to 03/18/1879
Dickinson Connection
Class of 1860
How to Cite This Page: "Landis, John Wesley," House Divided: The Civil War Research Engine at Dickinson College, https://hd.housedivided.dickinson.edu/node/6057.