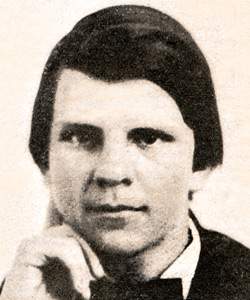 A Pennsylvanian, McCauley left Dickinson to complete his studies at Princeton in 1862. He was soon a Union Army officer and a prisoner of war in Libby Prison in Richmond, having been captured at Chancellorsville. After the war, he completed theological studies and spent the remainder of his life as a Presbyterian pastor, much of it as an influential missionary and educator in Japan.
Life Span
05/08/1843
Dickinson Connection
Class of 1862
How to Cite This Page: "McCauley, Clay," House Divided: The Civil War Research Engine at Dickinson College, https://hd.housedivided.dickinson.edu/node/6199.