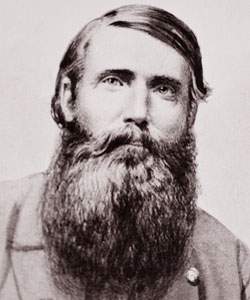 John Hanson McNeill was from western Virginia (present day West Virginia) and led a Confederate ranger unit during the Civil War. McNeill's rangers were in the vicinity of Carlisle during the Gettysburg campaign but they returned to Virginia before the battle began with valuable sheep, cattle and horses.
Life Span
06/12/1815 to 11/10/1864
How to Cite This Page: "McNeill, John Hanson," House Divided: The Civil War Research Engine at Dickinson College, https://hd.housedivided.dickinson.edu/node/6243.