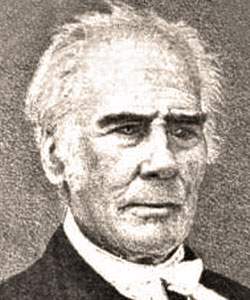 Born in York County, Pennsylvania during the American Revolution, Robert Proudfit graduated from Dickinson College in 1798 and became a Presbyterian pastor in New York before accepting a position as a professor of ancient languages at Union College. Proudfit lived until the age of 83 when he died on the eve of the Civil War.
Life Span
06/06/1777 to 02/11/1860
Dickinson Connection
Class of 1798
How to Cite This Page: "Proudfit, Robert," House Divided: The Civil War Research Engine at Dickinson College, https://hd.housedivided.dickinson.edu/node/6438.