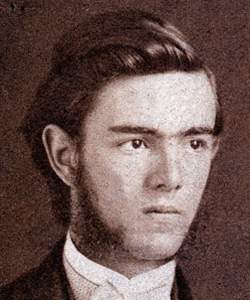 Rufus Edmonds Shapley was born in Carlisle, Pennsylvania on August 4, 1840. He briefly served as a private in Company I of the Militia's First Regiment of Pennsylvania. He was admitted to the Philadelphia bar in 1866 and became a successful corporate attorney in that city. Shapley published several books on tax law and published his Solid for Mulhooly: a Political Satire on Boss Rule. He married Anne McCord in 1877 and died on February 11, 1906. (By John Osborne and Leigh Oczkowski)
Life Span
08/04/1840 to 02/11/1906
Dickinson Connection
Class of 1860
How to Cite This Page: "Shapley, Rufus Edmonds," House Divided: The Civil War Research Engine at Dickinson College, https://hd.housedivided.dickinson.edu/node/6561.