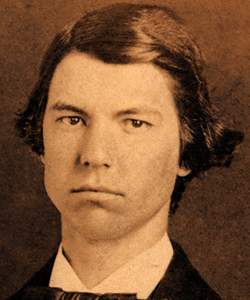 Peter Harrison Whisner was born on February 1, 1837 in Morgan County, Virginia. He entered Dickinson in 1856, and after graduation he became a clergyman and presiding elder of the Methodist Episcopal church south. He did not enlist in the military. He died in Baltimore, Maryland on April 20, 1906. (By Brandon Rothenberg)
Life Span
02/01/1837 to 01/01/1906
Dickinson Connection
Class of 1860
How to Cite This Page: "Whisner, Peter Harrison," House Divided: The Civil War Research Engine at Dickinson College, https://hd.housedivided.dickinson.edu/node/6841.