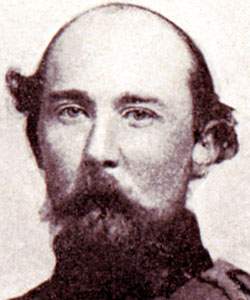 The son of a Kentucky governor, Helm graduated from West Point (Class of 1851) and became Abraham Lincoln's brother-in-law but later joined the Confederate army and rose to brigadier general. He was killed during the Battle of Chickamauga. Before the war, Helm spent time in Carlisle, Pennsylvania at the army's cavalry school.