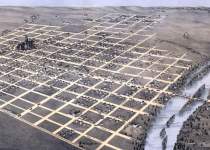 04/20/1860
John Ritchie, a prominent citizen of Topeka, Kansas and a Free-Soil veteran of the Kansas fighting, shot and killed Deputy U.S. Marshal Leonard Arms, who had come to his home to arrest him on an old charge of robbing a post office during the troubles.  Ritchie turned himself in and was released by a court and a judge in Topeka who saw neither justification nor legality in the attempted arrest.  (By John Osborne)
Source Citation
Francis Vincent, Vincent's Semi-Annual United States Register.... 1st of January and 1st of July, 1860 (Philadelphia: Francis Vincent, 1860), 813.
How to Cite This Page: "In Topeka, Kansas, John Ritchie shoots and kills U.S. Marshal Leonard Arms during attempted arrest," House Divided: The Civil War Research Engine at Dickinson College, https://hd.housedivided.dickinson.edu/node/32000.