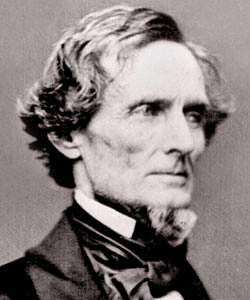 Born in Kentucky, Jefferson Davis settled in Mississippi , and became a national political figure during the 1850s. He was a senator and secretary of war who was selected as president of the Confederacy. Richmond diarist (and Dickinson College attendee) Littleton Washington observed Davis closely during the war.