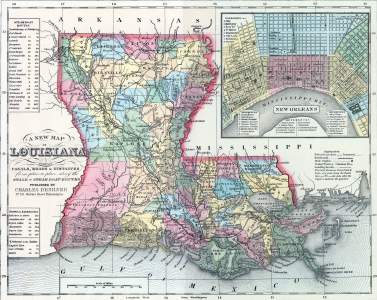 Climate. — There are large tracts in this state, which, at certain seasons, are decidedly unfavorable to human health. During the summer and autumn, the low and marshy localities are frequently visited by yellow fever, cholera, and other destructive maladies. Other parts of the state, however, enjoy a salubrious climate. The winters in general are said to be less mild than those on the Atlantic coast in the same parallel of latitude. (Gazetteer of the United States of America, 1854)