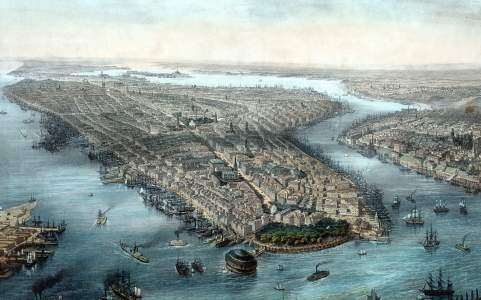 [Green-Wood Cemetery] contains 250 acres of ground, one half or more of which is covered with wood of the natural forest. The grounds have a varied surface of hill, and valley, and plain. From some of the open elevations extensive views are obtained of the ocean, and of the cities of Brooklyn and New York. The whole cemetery is traversed by about 15 miles of winding avenues and paths, leading through each shaded recess, and to every spot at once hallowed and adorned by the memorials of the dead. Great improvements are continually going on, andevery year adds new beauty to this interesting place. (Gazetteer of the United States of America, 1854)