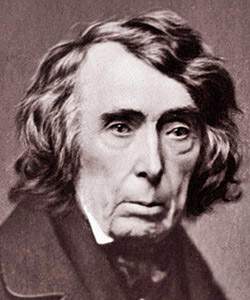 Trained at Dickinson College, Roger Taney was the most important jurist of the era, Chief Justice of the United States from 1836 to 1864. By the Civil War, he was also one of the country’s most controversial figures, author of the Dred Scott decision and the principal northern wartime opponent of Abraham Lincoln.
Life Span
03/17/1777 to 10/12/1864
Dickinson Connection
Class of 1795
How to Cite This Page: "Taney, Roger Brooke," House Divided: The Civil War Research Engine at Dickinson College, https://hd.housedivided.dickinson.edu/node/6681.